Our Accelerator is the MOST Comprehensive Training on the Planet. You Can Get Started TODAY from the Comfort of Your Home - Anywhere in the World.

Join Millionaire Mentors + Master Coaches Jack A. Daniels and Marshawn Evans Daniels for a High Level Virtual Intensive on the Art + Business of Speaking for Pay® and Making Millions in the High-End Coaching Industry

Ready to Upgrade Your Income and Monetize Your Mission in 2020?

It's Your Time to Shine.

This High-End Speaking + Coaching Accelerator Is For You If ...

You are ready to turn your expertise into a mutliple six-figure income stream as a speaker and/or coach . . . that includes consulting and counseling, too!

Everything You Need (and More) in One Place 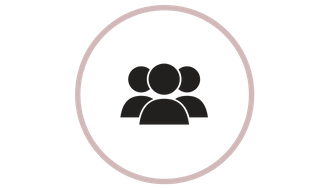 Starting as soon as you enroll, you get access to our online curriculum and 90 days of online business mentorship from Jack & Marshawn. You'll have weekly group Q&A sessions on speaking and coaching. This is an opportunity for early feedback on your signature story, brand message and business strategy. ($5997 value) 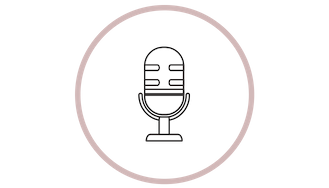 Our Speaking + Coaching systems and frameworks are what we're known for! You'll have online access to our all new video module curriculum taught directly by Marshawn & Jack. You'll get the official materials, pitch scripts, guides, income roadmaps, checklists templates and nearly 40+ hours of high-level trainning. You get instant access as soon as your enroll. ($2997 value) 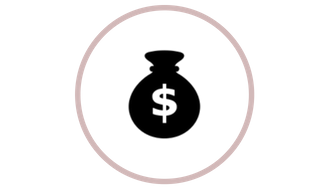 The Money Message Mastery™ Masterclass is our most comprehensive teaching on clarifying your message, target market and profitable value propostion! Once you register, you'll get instant access to 8 learning modules and the 30-page Companion Guide filled with message crafting assignments and formulas to jumpstart your clarity. ($997 value) 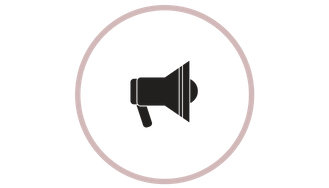 Say goodbye to those on-stage jitters . . . and yawns in the audience! The Unleash Your Story series will teach you about the art of speaking in terms of presentation skills, a 3-part formula speech construction, captivating story-telling, along with how to open, keep people engaged and close strong! 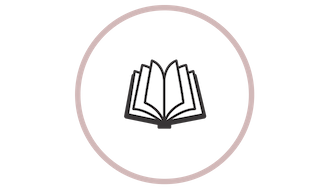 If there was a BIBLE for professional Speaking and Coaching, this is it! You'll get your very own Digital Playbook! The Playbook corresponds with the video modules and you'll be able to easily download. This is a one of a kind resource that you'll be able to use and reference for years to come. The Playbook is filled with handouts, checklists, scripts, cheatsheets and guides. ($997 value) 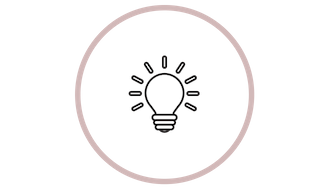 In addition to the digital pre-retreat curriculum, you'll join Jack & Marshawn (and an inspiring tribe of colleagues) inside our Private Online Mastermind Forum. This is an opportunity to meet like minded people, share your wins and find support from those on the same journey as you. You'll also be able to participate in "pop-up" group coaching sessions inside the forum and find support while you implement. ($1497 value)

Here is What We Will be Teaching

Just What You Need to Get Clear, Courageous and Start Generating Cashflow via High-End Clients + Bookings Consistenly

Our objective is simple.

To help you quickly monetize your mission as a speaker and coach.

We're going to teach you everything we know. Our deep dive S+C Accelerator is broken down into four extensive masterclasses - each designed to give you a complete A to Z roadmap on building a paid speaking platform and high-end coaching empire.

Every masterclass comes with specific, easy-to-follow and plug-n-play scripts, frameworks, step-by-step processes, and roadmaps. Our expertise (and reputation!) is providing a one-stop, all-inclusive training hub so that you can implement quickly and construct 'n upgrade your business QUICKLY.

Masterclass #1 - The Art of Speaking

Masterclass #2 - The Business of Speaking

Masterclass #3 - The Business of High-End Coaching

Our Training Equips World-Class Speakers + Coaches to Generate a World Class Income from Day One.

BIG WIN: Left her job at a major pharmaceutical company within 3 months after the retreat and secured a major booking with the National Sales Network.

Clarified her message, upgraded her signature talk with a new story to grow her business, and refined her new $30,000 coaching package!

Received SEVEN (7) requests for speaking engagements during the training by implementing the scripts and challenges right away!

Traveled form Amsterdam and received a live hot-seat makeover on how to turn her 90-Day Journal + Planner into a 6-figure income stream.

Seasoned Lawyer and Mother making a transition int the Business as a Professional Speaker, Coach and Strategist

The Speaking + Coaching Accelerator is a High-Level Digital Business Training Program for Serious Entrepreneurs and Life-Changers Only.

After refining our methods and best practices over the last 10 years, we've taken the curriculum from our high-end $15,000 to $50,000 mastermind program and condensed into an accelerated, comprehensive learning experience for you. We'll cover Storytelling, Speaking for Pay, How to Make Millions Coaching, Branding, Pitching, Client Acquisiton, Signature System Creation, Messaging and Business Mastery. Our sample contracts and scripts alone are worth the entire tuition. The S+C Accelerator is designed to set you up for success for the next decade!

Excited About the Digital Accelerator but Still Craving a Live Retreat Where You Can Practice Your Storytelling and Get Feedback on Your Signature Talk?

The Stage Mastery 2-Day Live Retreat is an Optional Add-On to the S+C Accelerator. You'll work directly with Master Storyteller - Jack A Daniels - on presentation, captivation and delivery.

You can get started today for just $1,285. Your first payment processes immediately and the remainder 30-days apart.

ENROLL IN THE S+C ACCELERATOR

You can get started today for just $2,010. Your first payment processes immediately and the remainder 30-days apart.

ENROLL IN THE S+C ACCELERATOR PLUS THE LIVE RETREAT

With this PayPal Credit option you get complete and full access to The Speaking + Coaching Accelerator and/or The Stage Mastery Live Retreat. You pay nothing today. You have no payments and zero interest for 6 months. You can choose either option you like as long as you qualify. By choosing this option, PayPal will pay us today, and PayPal will give you 6 months to pay off your purchase, interest free. See terms at PayPal during checkout for complete details.

HOW TO REGISTER USING THE PAYPAL CREDIT PROGRAM:

Login to PayPal or create a PayPal account in Advance of Registering (PayPal Credit option is only viewable once logged in). On the S+C Accelerator order form, select PayPal as your payment option. Select the PayPal Credit option and complete the application. If approved, you will have a completed order. If not approved, PayPal will ask you to submit another form of payment or cancel the transaction.

No Refund Policy We decided to go green and digital in order to reduce our carbon footprint as course creators. The content is 100% digital so there are no refunds on any payment (partial or full) once you register. No exceptions. We do this for a few reasons. (1) We believe commitment and follow-though creates momentum. We've found that people who don't have the option to back out of their commitments get better results. Go figure! This is an accountability program. (2) Our digital delivery enables us to help you move forward and get started on your goals quickly (like right away!) without waiting on snail mail. If you're unable to participate the Speaking + Coaching Accelerator or the Stage Mastery Live Retreat, you are able to transfer your registration (on your own) to another person of your chosing, however, you are not able to receive a credit or transfer your payments to another program. So - if you're committed, register. If you're not committed to changing your life and business, you can enroll - but there are still no refunds! :)

A media maven and master in the art of manifestation, this former Georgetown Law Center Trained Sports Attorney, Miss America Finalist and competitor on ABC's The Apprentice, turned her passion for people into a million-dollar enterprise helping women to Believe Bigger, Live Bigger and Profit Bigger.

As the Chairwoman of the Godfidence Business School and Founder of SHE Profits®, her firm's courses, events, and results-based coaching programs equip emerging and established influencers and entrepreneurs to monetize and market their message to the masses. Featured regularly on CNN, Fox Business, and ESPN, her client roster includes HP, Home Depot, EY, Delta, Tiffany & Co., Nike, Rolls Royce and NFL & NBA Athletes.

Her signature programs include the Speak for Pay® Bootcamp, Brand Class®, Attract Sponsors, Find Your Purpose, and The Godfidence Women's Summit.

Marshawn released her best-selling book, SKIRTS in the Boardroom, published by Wiley, the largest business book publisher in the world. It was the first time Wiley published a business book with an African-American female under the age of thirty! Her new book Believe Bigger® teaches 5 Keys to SHIFTING into Your Life Purpose.

Jack A. Daniels also known as the King of Breakthroughs. He is the TV Host of A&E’s BlackLove, a psychotherapist and founder of The Breakthroughs Institute & the Good Men Introduction Agency.

He is the go to no-nonsense therapist for high-achieving, high-profile executives, athletes and entertainers, and is one of the world’s leading authorities in overcoming fear and getting unstuck. Jack is an international speaker who helps organizations increase their clarity and connectivity to their customers, and a 5-time bestselling author of books like “Stay Out of Your Own Way” and “I Need a Wife – Where are the Real Women?”

Daniels is the creator of several award-winning programs including Upgrade Your Life, the Stay Out of Your Own Way tour, the Boys to Businessman Entrepreneurial Project, Expert’s Class & Mate Attraction™, which has helped 1000’s learn to attract the love they deserve!

He has spoken to hundreds of schools and universities, and for several fortune 500 companies including Sprint, Kraft, State Farm, Coca Cola, Children’s Defense Fund, Verizon and The Salvation Army to name a few.

Traveled from the UK despite having a life-long fear of flying to attend the retreat. Left with clarity + a business plan + a community of new like-minded colleagues.

BIG WIN: Booked a speaking engagement for an audience of 3,000 while at the retreat by implementing the scripts and challenges right away!

Tightened her brand messaging and landed a speaking engagement within 2 minutes while in the room during the training!

Was able to redefine her master brand messaging, signature system and outline the strategies needed to finally launch!

Learned how to package and sell her signature offer within 24 hours!

Received multiple requests for speaking engagements + coaching inquiries by using the scripts learned at the retreat.

Received two speaking requests while at the retreat and feels fully equipped to launch her speaking and coaching business.

Clarified her message, has a new signature story + a coaching framework + an on-going community she feels connected to and clarity about her purpose.

Be Our Next Success Story

We'd love to be your mentors and introduce you to a better way of generating scaleable income, getting your message to the masses and changing lives in a much bigger, bolder way.